ok its on spotify now 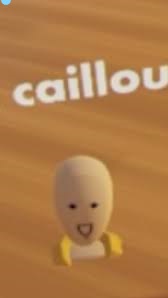 Basically the Rec Room OST is on Spotify now! You can find it it here:

Volume One is Quest music, which is Golden Trophy, Crimson Cauldron, Isle Of Lost Skulls, and Crescendo Of The Blood Moon. These tracks are usually orchestral and intense. And also, Goblin Work Song. Which is… see for yourself. The Rise Of Jumbotron isn’t included in this one because..

Volume 2 is electro music, which includes both Laser Tag map’s High and Low theme (High is when you’re in combat, Low is just walking around; this also applies to the Quests by the way.), some Stunt Runner tracks, and most notably The Rise Of Jumbotron. This track also includes songs that aren’t in the in-game radio, namely the final stage of Jumbotron, The Fall Of Jumbotron. Anyone else notice that there’s just a TV studio on campus…?

Volume 3 are the most classic 2016 Rec Room songs, which is the original theme, and the classic sports themes. This means- Paddleball, Disc Golf, Dodgeball, all Paintball tracks (River, Homestead, Clearcut, Quarry, Spillway, and Sunset Drive-In.), some other Stunt Runner tracks, 3D Charades, Bowling, and as a plus, Rec Royale! Also the title screen. So, basically, a lot of the songs on the in-game radio.

Hey, read the post above this one to learn about the NEW track, First Impression. 😉

Go make playlists, v i b e, or whatever!