The Sound of Gaming 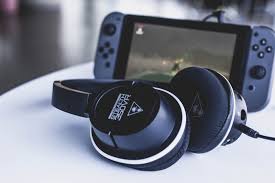 Did you know that the Switch has a headphone jack? Today I will tell you about my favorite top 4 composers of gaming.

4. Grant Kirkhope: Wrote the Banjo-Kazooie soundtrack and the song Her Spaceship in A Hat in Time.

3. Toby Fox: His songs are so catchy, I can’t even stop humming Megalovania. Wrote all songs for Undertale and Deltarune AND developed them too!

2. Pascal Michael Stiefel: Wrote the soundtrack for A Hat In Time; excluding Her Spaceship.